In a few months, Basta Music will release an album with newly recorded music by composer / bandleader / arranger / pianist Juan Garcia Esquivel. In line with some other albums we did in the past, like 'The Beau Hunks Play The Original Laurel & Hardy Music' (Vol. 1 & 2) Gurdjieff's 'Oriental Suite' and Raymond Scott's 'Manhattan Research, Inc.', this is another very large project added to Basta's history.


Some interesting background information on the mastering process: Yesterday, I went to join Darcy Proper at Wisseloord Studios. The 'normal' mastering had been done already, it was just gonna be a few extra hours to create masters to be supplied to iTunes and get the 'Mastered for iTunes' label, as well as to create masters to be able to offer 24-bit audio files. Which are funny enough, close-to-the-same sort of files one needs.

One could argue over the need for this extra form of mastering. That arguing has been done enough already on the internet - and by offering this album on CD, on iTunes conform their mastering guidelines, on all other download sites as mp3s and most likely in a 24-bit audiophile version at a few download locations, we feel we are offering this in a taste for everyone.

And now that we're talking release formats: Yes - vinyl would be cool too. It's an option. We might do that when there's some moderate success with this album. And then there's also the option of 4.0 or 5.1 BluRay Audio.....but that's some expensive thing to do! Anyways - some mastering room impressions: 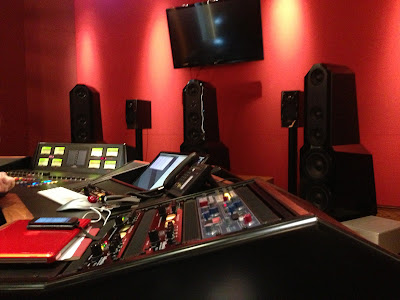 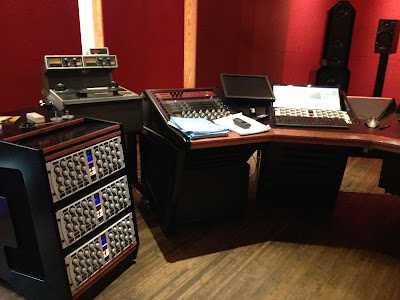 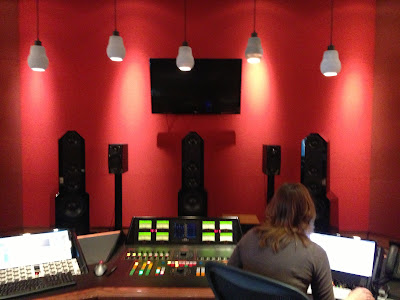 The mastering process itself is boring - even the mastering engineers admit that. It is, however, of critical importance because it determines the sound of an album. When a mastering engineer gets delivered top-notch mixes that are well balanced (in multiple ways), it comes down to detailed refinements. That's what we needed here. One aspect of the process is worth mentioning: we used the 'EMT140 plate reverb'. An EMT140S - for stereo - to be precise.

In 1957, EMT introduced the 140 Reverberation Unit. The 140 consisted of a large piece of sheet metal, suspended from a heavy steel frame. An electrical transducer (similar to a miniature speaker) transmitted sound energy to the plate, which along with its drive and pickup amplifiers, was built into a heavy wooden enclosure. The 140 was about 4 feet tall and 8 feet long, and weighed about 600 pounds. A damping plate, controlled by a servo motor, allowed adjustment of the reverb time. Though it was much smaller than an echo chamber it was still sensitive to ambient noise, and had to be kept in an isolated space. Still, the “plate” was a great advance. Instead of building 8 echo chambers, a large facility could put 8 140’s in a small iso room. And it was the first cost effective answer for smaller studios, where actual chambers weren’t feasable. EMT 140’s didn’t sound exactly like a real room but they sounded very good, and remained the most popular studio reverb for many years. The early ones used tube electronics, but in the 70’s EMT began shipping them with transistor circuitry. EMT released a primitive digital reverb in 1972, the rack mount 144, but its capabilities were limited, and few survive.

The 140S production-start dates from 1961, and this one has serial no. 3281. Just so you know :). We chose the stereo version instead of 2x mono, because using 2 mono chambers would possibly come up with unpredictable results, because one would be sending LEFT and RIGHT through different chambers. With the EMTs being partly mechanical devices: using double mono might disrupt what was carefully created during the mixing stages. Unpredictable results can have its charm, but was not what we were looking for for this album. Using the stereo version keeps the stereo image in balance and the center image stable. Easy choice.

The usage of the EMT added exactly what we wanted for this recording: a tiny touch of vintage, glueing everything nicely together while maintaining high detail and fidelity. I made some pictures of the 'EMT line-up' at Wisseloord: 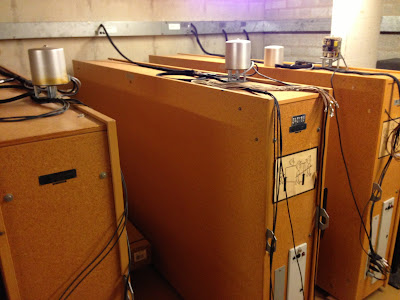 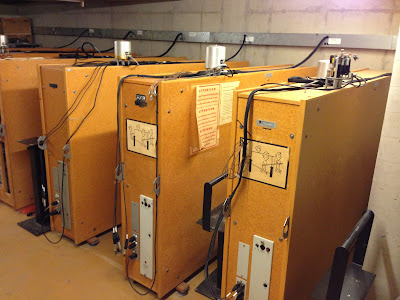 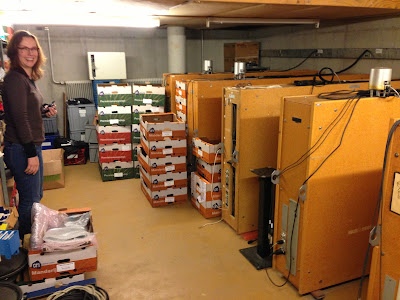 That last picture serves multiple purposes: it shows the other 4 EMT's, it shows a very happy engineer Darcy ánd it shows Wisseloord provides their people with plenty of fruit!

When one listens to the masters now, there's such a richness in sound and the placement of the instruments is just amazing. Add to that the perfect play of the Metropole Orkest and all soloists, performing the explosive and catchy music of Esquivel - and you've got a winner.

Some more on mastering engineer Darcy Proper at Wisseloord Studios in The Netherlands:

From the Wisseloord pages:
Before becoming involved with Wisseloord, Darcy was senior mastering engineer at Galaxy Studios in Belgium and at Sony Music Studios in New York City. She has worked on a wide variety of music ranging from re-issues of early acoustic mono recordings to current 5.1 high-resolution surround releases for BluRay.

Early in her career, Darcy spent many years as a classical engineer/editor and brings much of what she learned in that arena to her mastering. Thus far, Darcy has been honored with 2 Grammy awards and 7 nominations and has won several TEC awards and Surround awards for her work. She mastered historical reissue projects for such prestigious artists as Billie Holiday, Louis Armstrong, Frank Sinatra, Tony Bennett, Johnny Cash, and André Hazes.  She has also worked on stereo & 5.1 front-line releases for many talented artists including Steely Dan, The Eagles, R.E.M., Donald Fagen, Porcupine Tree, Peter Maffay, Toots Thielemans, and Söhne Mannheims.