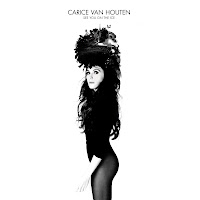 We just got confirmation that Dusty Stray will be the opener for the 3 shows by Carice van Houten later this month. These are the dates for the shows:

Carice is an absolute joy to see perform live - she's got this really great band with folks like JB Meijers, Ken Stringfellow, Joost Kroon  - all Basta related in various ways. Dusty Stray is known for great live performances as well. When supporting Noah & The Whale on their 2012 tour of The Netherlands, Dusty Stray "perfectly warmed-up the audience" according to a concert review by 3v12.

Following these concerts, on April 25, Dusty Stray will have the release party for the brand new Family Album at Claires Ballroom in Amsterdam. More info here.

So, about this new album - Let's start by offering you a free track by Dusty Stray to download and enjoy:


The new album will be available in stores and on digital outlets as of April 22. This third release by Dusty Stray on Dutch indie label BASTA is a transatlantic co-production with the legendary American producer KRAMER (Low, Ween, Urge Overkill, Galaxie 500).
KRAMER expressed interest in working with Dusty Stray when he happened to hear debut album Tales Of Misfortune And Woe. He and Jonathan Brown, the man behind Dusty Stray, decided to not let an ocean come between them and started working together on a new album.

For Family Album, Brown wrote and recorded songs in his Amsterdam studio, then sent them to KRAMER for additional accompaniment, mixing and mastering.

Weird instruments
The end result is unlike any Dusty Stray release to date. While the songs are grounded in an intimate folky-acoustic feel, they tend to branch out into other less-charted realms complemented by KRAMER’s sparse instrumentation and bold production style. In addition to his usual guitar and banjo, Brown played a variety of lesser-known instruments such as the sheng, bulbul tarang and a small metal WWII ration box filled with broken cufflinks.

Outsider artist
The title track is an homage to American artist Morton Bartlett, a Harvard-educated bachelor who sculpted his own secret fantasy “family”: large, life-like plaster children who inhabited his Boston apartment and were only discovered after his death. … He made clothes for them and he would put them on their anatomically correct little bodies. He’d take pictures and then he would put them in what he referred to as his family album…

Murder ballad
The new album also features more typical Dusty Stray fare such as songs about love-gone-bad, drowning horses being swept out to sea, a “lullaby” in which a baby screams its head off, and of course no Dusty Stray album would be complete without a murder ballad. In this case a depiction of the religious cult Heaven’s Gate and its mass suicide awaiting the Comet Hale-Bopp. As an added bonus, Family Album’s decorative 20-page booklet is made up of photographs from Brown’s found family photo collection.

The artwork was designed by Sonja van Hamel - here's the cover: 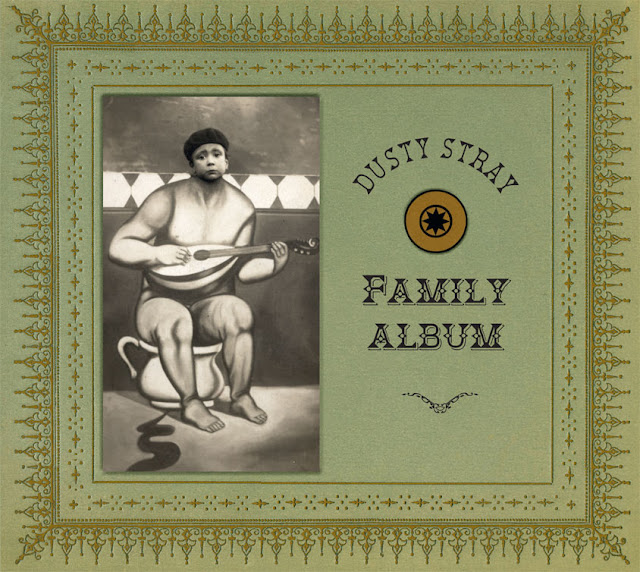