J.B. Meijers (1972) is a respected producer and musician. He has worked with an impressive list of names on the Dutch music scene, including De Dijk, Carice van Houten, Acda en De Munnik, Go Back To The Zoo, Eboman, Metropole Orkest, Daryll-Ann, and Frank Boeijen.
He has also shared stages and studios with such non-Dutch artists as Solomon Burke, Van Dyke Parks, Ken Stringfellow, (The Posies, REM), Steve Shelley (Sonic Youth) and Howe Gelb (Giant Sand). He recently produced albums by Dusty Stray, Sonja van Hamel and Eva Auad, all released on Basta Music. JB continues to be involved with Basta, this time as recording artist.

De Dijk is observing a sabbatical year in 2013, so Meijers is releasing his 2nd solo album: The Secret Year (the first was Catching Ophelia, 2009/V2). He will be touring throughout the year. The album, recorded in Brussels’ ICP Studios, contains 10 self-written and -produced songs. Meijers chose to retain a raw, unpolished production sound, which betters reflects the emotion and spontaneity of the studio performances. 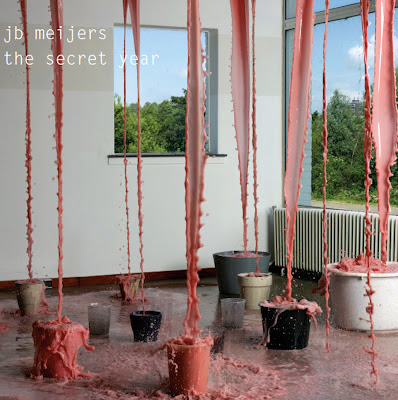 Here's also one of the tracks on the album for you to enjoy: