Early November, Eva Auad joined Ken Stringfellow on his first 6 shows for his Benelux playlist. Six small and intimate shows.
Well ok, first one in Paradiso, Amsterdam was with full band but still on the smaller stage of the venue. Stringfellow co-produced Eva's album and asked her to join him on his solo shows while promoting his own album. Eva appears on 2 songs on Stringfellow's album.

In advance of the show in Rotterdam, Ken & Eva did a 1-hour promo for a radio show called "Live uit Lloyd". The duet they performed together can be listened to here:


You can download the song following this link (click on the small down-pointing arrow). The full show, interviews and the other songs, can be found on this page.

The album also features Sonja van Hamel, another Basta artist, on some tracks, who on her turn was also responsible for the art direction of the lovely package of this album. Here's the cover: 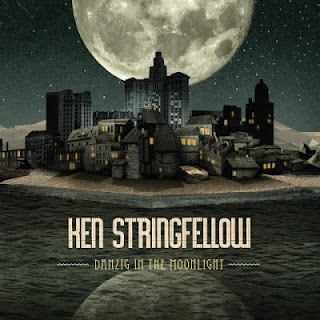